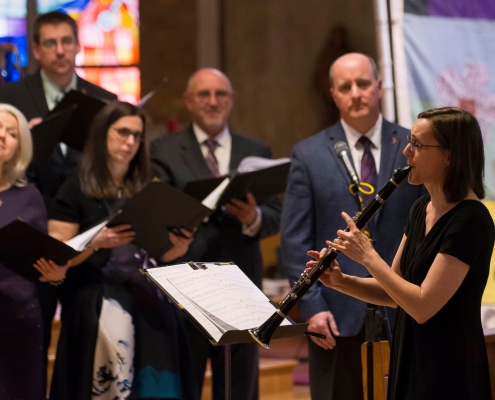 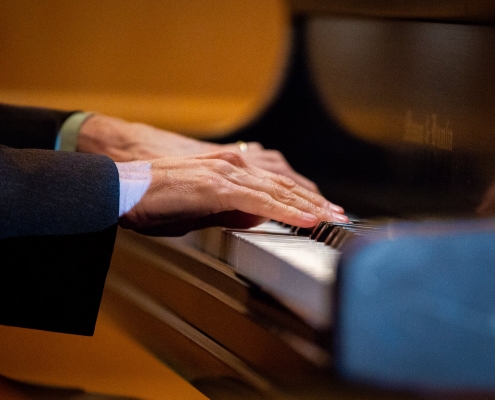 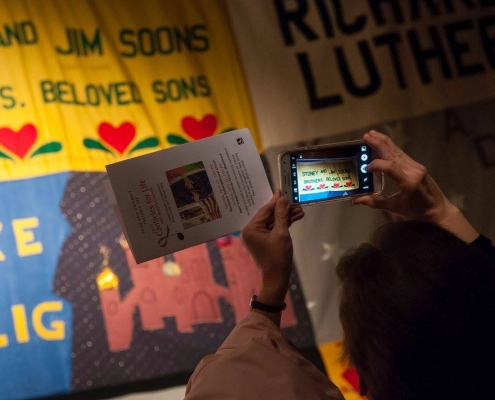 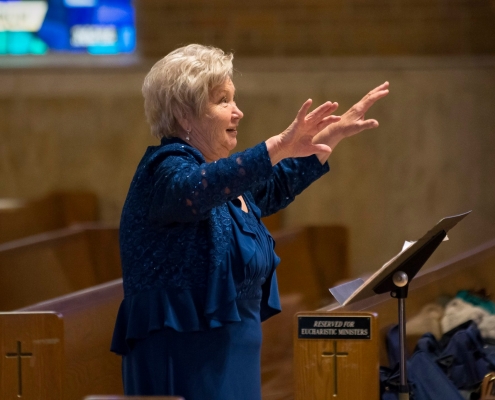 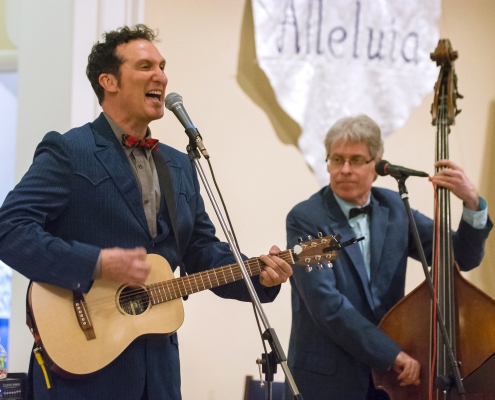 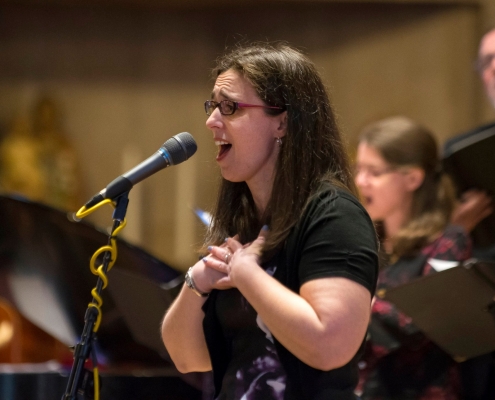 Triad Arts Ensemble was founded in 1992 by Joseph Furnari, Virginia Johnston, and Richard & Jennifer Lovallo. Triad is a non-profit organization specializing in the performing arts disciplines. An artistic emphasis is placed on creating unique programs that feature original and contemporary works.

The first Canticles for Life AIDS Benefit Concert occurred in the spring of 1997, when composer Virginia Johnston and fellow musician Pamela Taylor had the idea of presenting an evening of music that would directly benefit those in New Jersey affected by HIV/AIDS.  Several years earlier, Ms. Johnston had seen a display of sections from the AIDS Memorial Quilt. It was such a powerful experience that she wrote a piece in response – “threads of red, black and gold” for singers and orchestra. This work was the centerpiece of the first concert at the Chatham United Methodist Church in Chatham, NJ.

Since that first concert, Canticles performances have been presented almost annually to raise awareness and funds to benefit the following charities which are concerned with the quality of life for persons with AIDS and the remembrance of lives lost: the AIDS Resource Foundation for Children, in Newark; the NAMES Project of Northern NJ, which supports the AIDS Memorial Quilt; and NJ AIDS Services, which provides supportive services, housing opportunities, prevention strategies and community education in New Jersey. Since the concerts began, over $149,000 has been raised in support of this music ministry.

The main goal of these concerts is to serve as reminders that there are still so many people in the New Jersey community impacted by HIV/AIDS, and that there is still a stigma attached to this disease. We look forward to the time when these concerts will not be necessary.